Benimaru Nikaido (二階堂 紅丸, Nikaidō Benimaru) is a The King of Fighters character and one of Kyo Kusanagi‘s friends. His straight hair stays up during fights due to a rather exaggerated case of electrostatics. His official nickname is The Shooting Star.

Benimaru, while sometimes outspoken and flamboyant, means business in battle as he’s very proud of his skills and doesn’t want anyone to look down on him for his good looks. He also respects ladies though he tends to be more than a flighty flirt. Although he seems to have an indecisive mind, Benimaru has a heart of gold. His loyalty and respect can go a long way.

Despite his American heritage, he carries many Japanese mannerisms. Though he would never openly admit it aloud, his pride as a professional fighter was shaken when Kyo beat him before 1994 and he secretly trains for a rematch.

Benimaru specializes in shooting techniques and electricity, though his fighting style is more focused on agility and less on actual submission and raw power, focusing on agile kicks and decent range.

Several other of his moves also take their namesakes from various anime and manga, including:

Despite all of these anime-based references, Benimaru ironically dislikes otaku.

More of its story here: 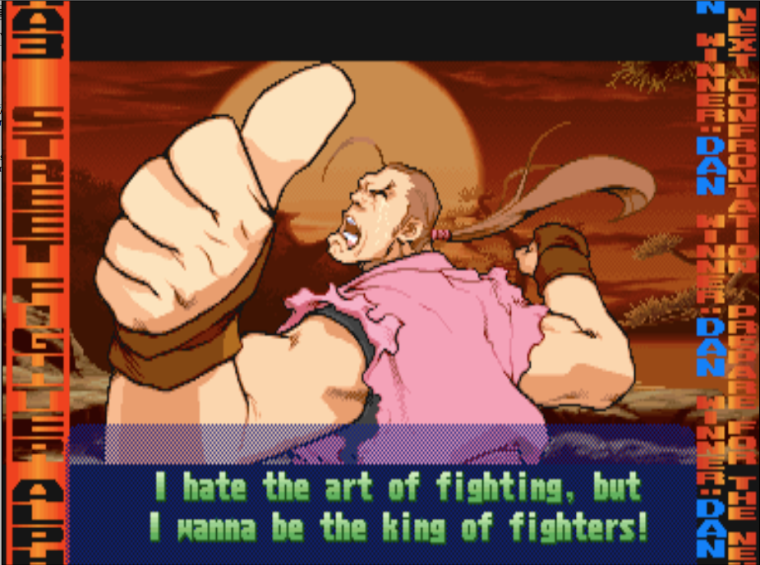