In the Sengoku Period of feudal Japan, many generals fought in an endless struggle for national power and unification. One man proved to be too big of a threat: the “Demon King of Owari”, Oda Nobunaga. Date Masamune and Sanada Yukimura, two young warlords from different regions who become heated rivals, begin to form an unlikely alliance with the rest of the generals to take down the “demon king”. The first series follows the emergence of the protagonists, particularly the main protagonists Masamune and Yukimura, and their struggle against Nobunaga, who seeks to conquer the land under him and is willing to crush anyone, even his own allies, to do it. It ends with his defeat at Masamune and Yukimura’s hands.

The second series witnesses the emergence of Toyotomi Hideyoshi as the next potential unifier of the land, though, unlike in actual history, he has no connection to the Oda clan, whose retainers were almost entirely wiped out along with him by the end of the first season.

The film finale depicts Japan as being in turmoil once again as Ishida Mitsunari, former subordinate of Hideyoshi, cuts a wrath of fury across the land in order to fulfill his revenge while the other leaders rally for an era of peace. Masamune and Yukimura must fight Mitsunari in order bring the country to peace as something strange is going on behind the scenes. 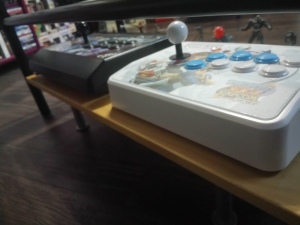